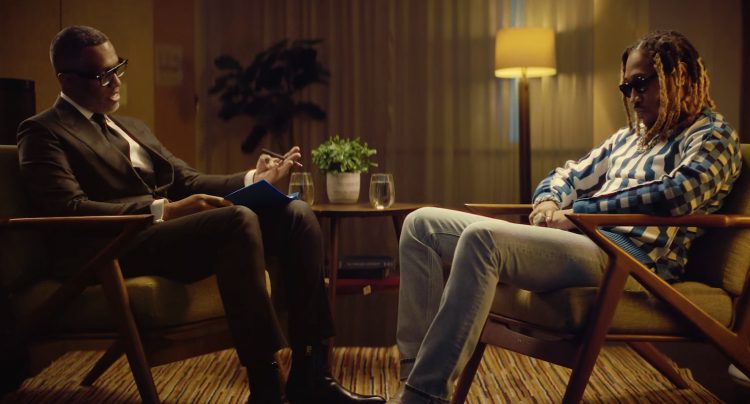 2021 was a rare year for Future because it was his first since he emerged over a decade ago that he didn’t release a project at all. For that reason, fans think 2022 is going to be an extra busy year for the Atlanta rapper. They might just be right.

Recently, we found out that Kanye West’s DONDA 2 album which is still expected to be released on February 22nd will be executive produced by Future. On top of that, it looks like he’s adding some more onto his plate before the month ends.

Just now, Future took to his socials to put out a short video called Healing Together With Dr. Kevin Samuels. The scene is a therapy session where Kevin asks him how much he’s spent on women in the past year. Future responds “’round two to three” and when Samuels retorts that $2k-$3k isn’t so bad, Future corrects him and says “nah, $3 million”. At the end of the video, there’s a short snippet where Future croons “Valentines is the worst day”. ‘Worst Day’ looks to be Future’s new single.

Considering Valentines Day is less than a week away and we usually get new music on Fridays, this could drop by the end of the week. Check out the trailer below.