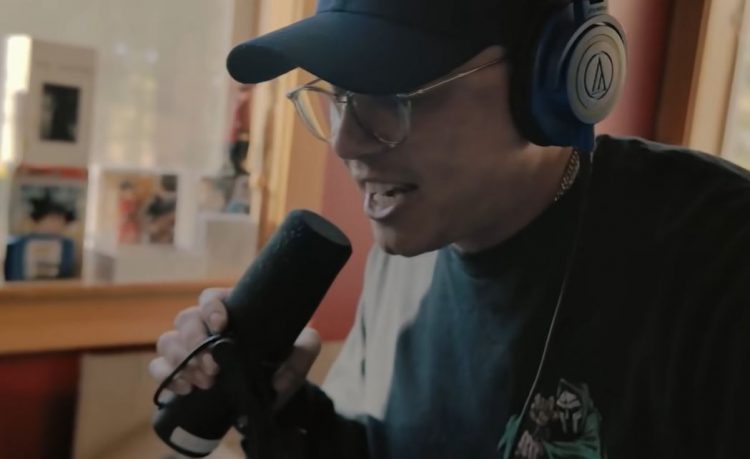 The announcement came via an Instagram video he uploaded where he was seen working in his home studio. “This is JAY-Z‘s microphone,” he said at the beginning of the clip, as he takes a mic out of a zip case. “No I.D. gave it to me.”

Later, he also gave fans a sneak peek of the title track off the album. Today, he takes to YouTube to give another preview of his album with the track ‘Breath Control. It’s a clip of the Maryland rapper in his studio rapping the song in one take. Watch it below.

Vinyl Days is reportedly his last album on Def Jam.