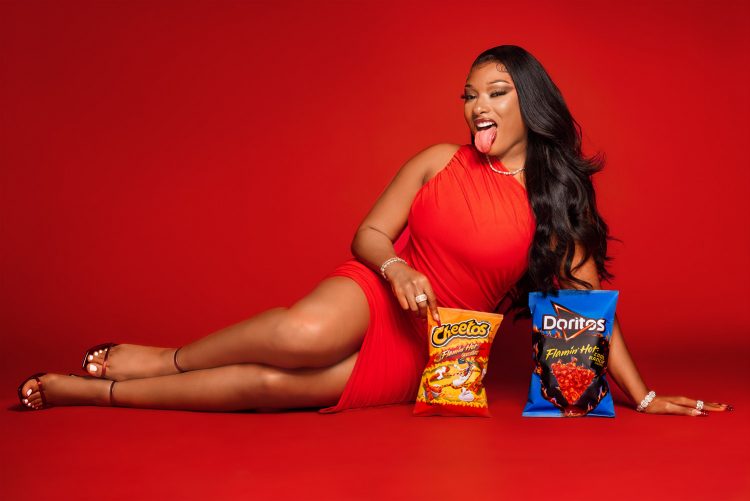 With the Super Bowl coming up, you can expect to see a bunch of collabs with big brands and big artists. A couple of weeks ago, there was a teaser released that saw Megan Thee Stallion in a Cheetos commercial. She’ll star in it with Charlie Puth. Watch the teaser below.

Now, she takes things a step further and releases a song that’s heavily inspired by the deal. It’s called ‘Flamin’ Hottie’ and is of course a play on the flavour and her nickname. There are references in there, but it does feel like a song Megan could drop anyway, which is always the best way to do these things.

You can listen to the new song below.