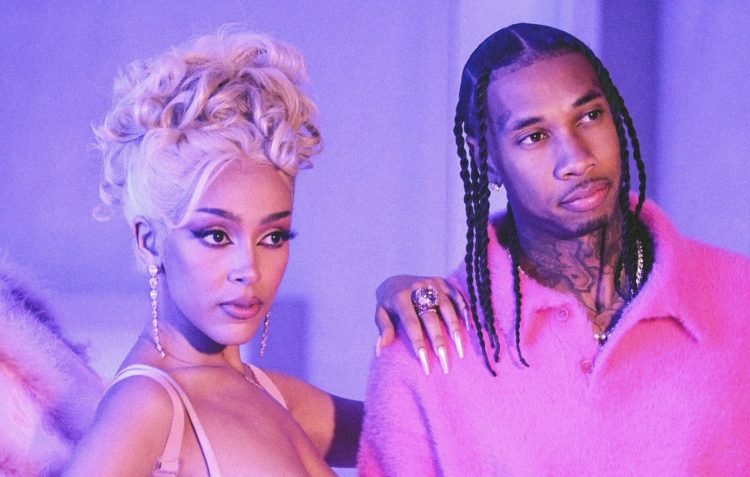 Earlier in the week, Tyga posted a picture of himself and Doja Cat with the caption “FRIDAY”, teasing that something from the pair would be dropping. A few years ago, Tyga gave Doja Cat a feature on ‘Juicy‘ for her Hot Pink album and now she is returning the favour for his new single ‘Freaky Deaky’.

Along with the new song comes its accompanying visual. Check it out below. Tyga hasn’t put out an album since before the pandemic, so 2022 is likely the year of his return.

Speaking with Zane Lowe, Tyga says his new album is about 80% done and is set to drop early Summer. “So this is the first single from my album that I’m working on, and sometimes I look up and I’m like, “Damn, I got like eight singles,” not intentionally, but just because I’ll hear certain beats or I’ll hear certain songs or have a idea and then I’ll just make that record, and then I’m compiling songs and I realize like, “Oh, maybe this would sound good cohesively with a album.” I think from where I’m trying to take it, what the new album sounds like sonically, I feel like this was the right lead single. And with her, she’s killing it right now. I’m about 80% done with the album,” he said.