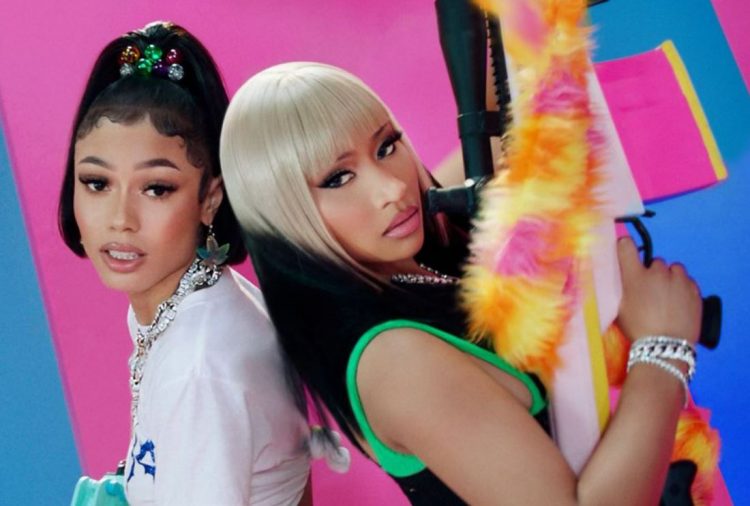 Earlier this week, Coi Leray announced that she will be releasing her new single ‘Blick Blick’ this Friday.

The guest on the song is none other than Nicki Minaj and right on time, it’s now here for our listening pleasure. It has a trap-influenced sound with both artists coming up with improvising flows. Check it out below. Nicki said she receives a lot of feature requests but she was very impressed with Coi’s verse which made her inclined towards doing this particular assignment.

Yes. I had gotten 6 diff feature requests & it was rlly just the song itself that made me choose. I couldn’t get Coi verse out my head. I just loved all her choices. And someone I know well confirmed she rlly writes her stuff so I respected her more. 🎀 https://t.co/YuQdE1m3EX

She arrived early . She stayed on set for 12 hours and did a scene with me in the cold 🥶 She had her family there with here in her trailer holding her down. And In front of that camera . She’s a fucking natural 😤😤🔥🔥🔥 really that bitch in real life https://t.co/0wYV4a7mfB

UPDATE: Watch the video below.