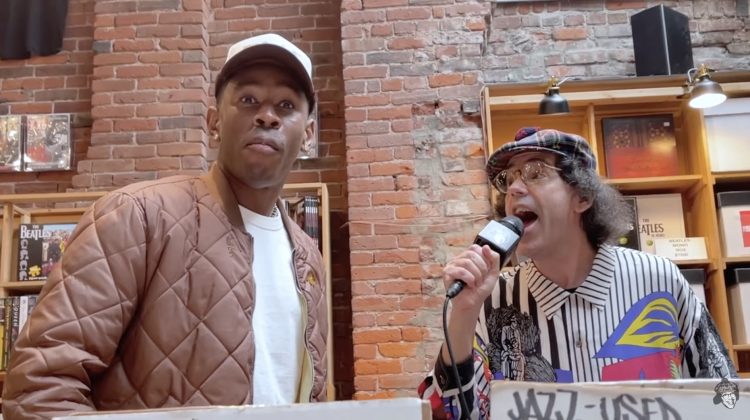 Nardwuar is one of the better interviewers in music. He closed out his 2021 with his second J. Cole interview and in January, got Jack Harlow on his channel in an interview you can watch here.

Tonight, Nardwuar has released his fifth interview with Tyler, The Creator. The two did the interview at Beat Street Records in Vancouver, BC. The first few minutes of the interview is centred around the record store itself which is damn near a museum. Throughout it, you’ll notice items from some of Nardwuar’s older interviews because it’s one of the places he gets a lot of old things. It’s like a Hip-Hop treasure trove.

Other than that, the pair talk Chris-Crafts, Tyler’s old teachers that influenced him (including Mr. Slade), workout routines, samples of his and a lot more over the 45 minutes. Check out the interview below.