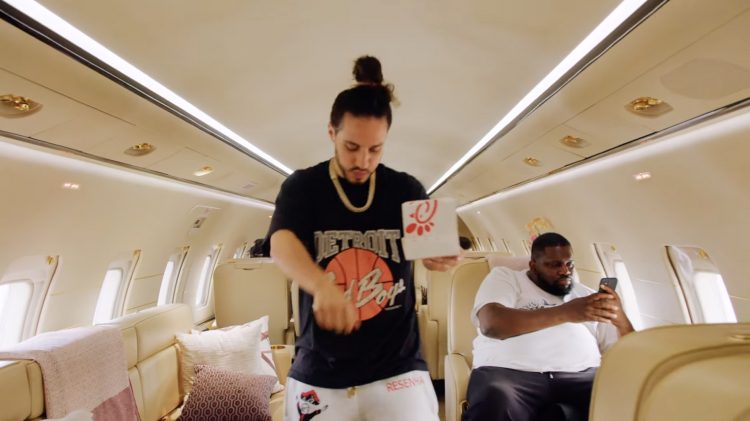 Last New Music Friday, Russ dropped a new song called ‘Yes Sir‘ which he recorded after coming home from a world tour and not hitting a studio for a month and a half. Today, he’s back with the music video for it.

The video features him on a jet and in a bunch of different cities, particularly Paris for the fashion week festivities, performing the song and having fun. There’s also footage of him meeting fans around the world and sneak peek of his time spent with girlfriend Jonica.

Check it out below. Directed by House Of Muelz.