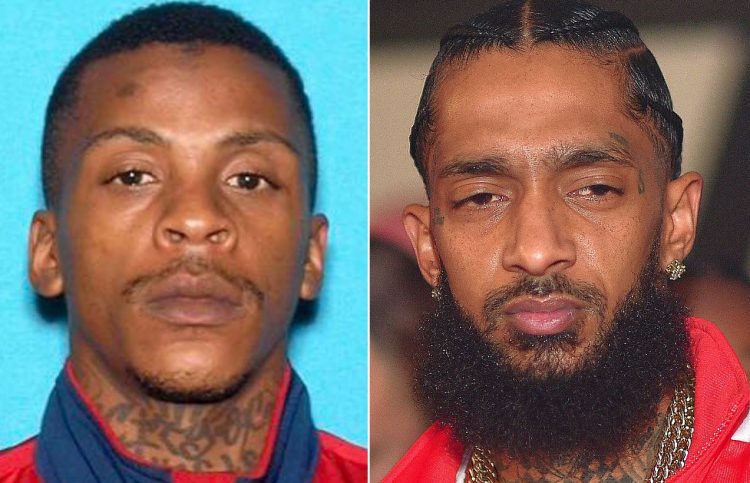 Eric Holder, the man on trial for fatally shooting Nipsey Hussle in 2019, was attacked Monday morning in jail.

After initial reports on Tuesday, it has been confirmed by Eric’s lawyer that he was indeed attacked my multiple individuals in the holding cell at the jail. “Mr. Holder, Jr. was assaulted by multiple individuals while he was in the holding cell at the jail while waiting to be brought to court yesterday morning,” his lawyer Aaron Jansen said. “The attack included a razor and the back of his head was cut.”

Jansen added that Holder was hospitalized after the attack and received an MRI and staples in the back of his head. Due to the incident, the judge sent the jury home on Tuesday due to “unforeseen circumstances,” CBS reports. It resumes on Wednesday (June 29).

TMZ reports that interestingly, no one from the jury has addressed the attack or Holder’s injuries, and are continuing like nothing happened.

Nipsey was fatally shot outside of the Marathon clothing store he owned in Los Angeles in March 2019. Holder, 32, was charged with one count of first degree-murder in relation to the rapper’s death. He was also charged with two counts of attempted first-degree murder because two bystanders were hit by gunfire