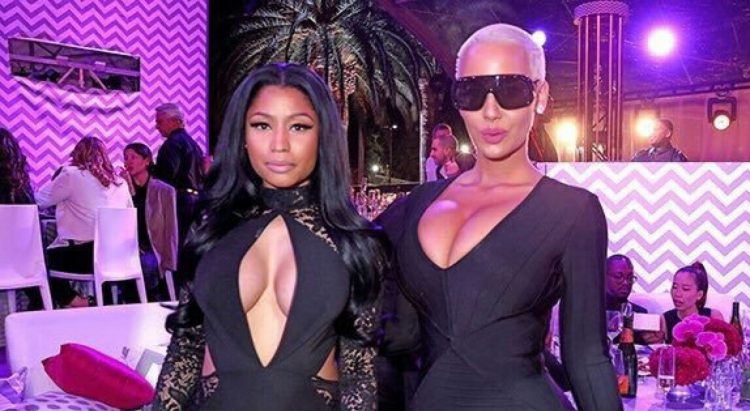 Amber Rose is the reason why we got that iconic verse from Nicki Minaj on Kanye West’s ‘Monster’ from My Beautiful Dark Twisted Fantasy.

In a new interview on Higher Learning podcast, Amber Rose said that she has a great ear for music and A&Rd multiple things for her boyfriends, including Kanye. The socialite claims that she was the one who convinced Kanye to put her longtime friend on the song. “I put Nicki on Monster,” she says, leaving hosts Van Lathan and Rachel Lindsay quite surprised.

Amber says that Nicki heard the song and came back the next day with the verse. “how the f*ck you did you bring in a b**ch that killed me on my own song,” Kanye apparently told Amber after the track was done. Watch the clip above.

If you remember, Nicki even shouted Amber on the song with the lyric, “‘I think me, you, and Am should mènage Friday.'”