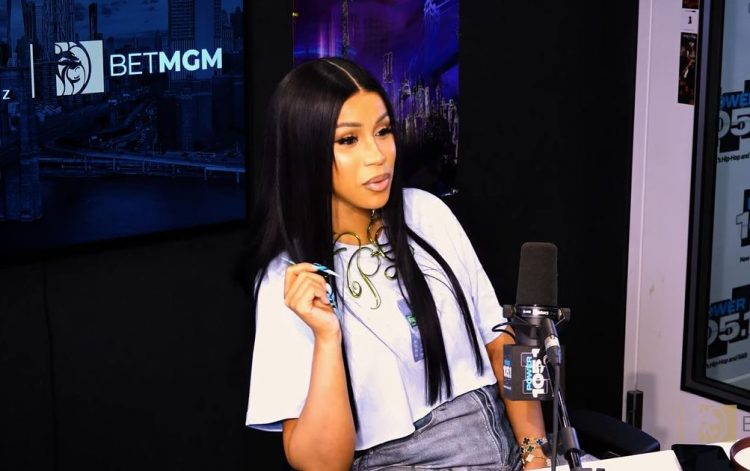 Cardi B is promoting her new single ‘Hot Sh*t‘ that released last night.

The rapper has done a few interviews in promotion of the Kanye and Lil Durk featured song which is getting a mixed reaction from listeners. During her chat with Angie Martinez on Power 105, she spoke on how the single came to be, revealing that it’s been sitting with her since 2019.

Cardi also discussed the status of her upcoming sophomore album, saying that she feels nervous about it and that it’s just a couple of songs away from feeling finished. She particularly mentioned wanting to record a big Pop song in the lane of the Diamond certified ‘I Like It‘.

The Bronx artist reveals that she also wants to do a joint mixtape with husband Offset because she loves how he raps. In addition, she is planning a Spanish album for the Latin world as well.

“After I do this album, I do want to do a mixtape with my husband because I love how he raps,” she told Angie Martinez. “He could rap his ass off.. and I’m a fan. And then I want to do a Spanish album. I feel like that’s more pressure to me than anything because it’s like that Latin world is so different… they want it but I feel like it’s not as easy as people think.”

Watch the full interview below. You can also peep her chat with Nessa on Hot 97 here.