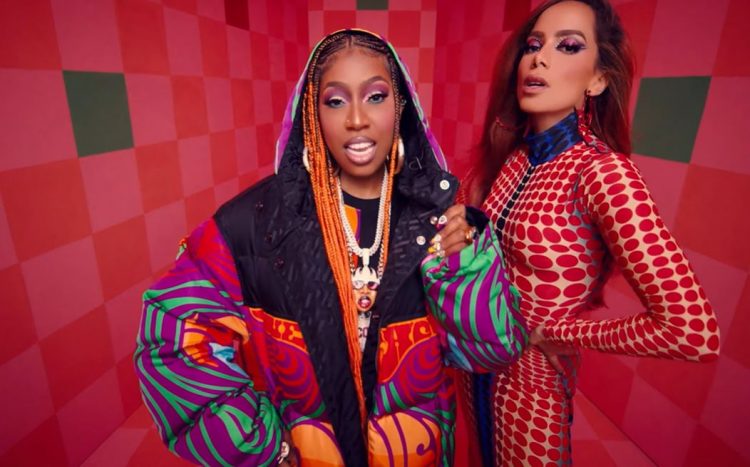 Anitta and Missy Elliott have joined forces on a new single called ‘Lobby’.

This is the first time that the two are collaborating together. The upbeat song is set to land on the deluxe version of the Brazilian star’s latest album Versions of Me, due out August 25th via Warner. A music video directed by Arrad also arrives — watch it below.

Anitta chatted about the collaboration with Zane Lowe on Apple Music. “When Ryan Tedder did this song and sent it to me… I loved it first sight, it was crazy. And then right after that, I wanted Missy on a song but I never thought that would be possible. I mean… I don’t know… she just said yes! She heard the song and said yes. She searched about all my other works and my music and my songs. She just said yes and I couldn’t believe it! When I got the verse and heard it I was like “OH MY GOD!” I jumped from the bed and was like “OH MY GOD” and then when she came to shoot the music video I cried when she got there. I was crying, I was like “I can’t believe this is happening,” she said.

Anitta also spoke about Missy being a huge influence. “Having a person for me is so iconic, not only for me but for the whole world, is so iconic and then having this person working with you… doing something with you. That’s unbelievable. I would never imagine that, even in my most amazing dreams. When I was a teenager I used to look at her videos and everything and just… she’s iconic.