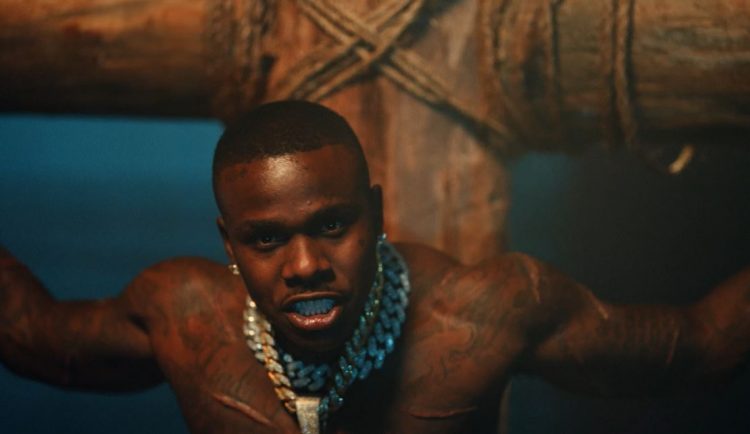 DaBaby usually likes to release new material on the regular but it’s been a while this time since he’s dropped something fresh.

The rapper is back today with a new song called ‘Tough Skin’ which is reportedly the first taste off his forthcoming project, Baby on Baby 2. Late last month, he had announced that the project will release in August but we’d have to see if he sticks to that timeline.

In the song, DaBaby raps about his childhood stories on how tough his upbringing has been. In the music video, DaBaby is seen nailed onto a cross like Jesus Christ, wearing a white sheet with whip lashes can be seen all across his body. Watch it below.

Back in June, he released a song with Davido called ‘Showing Off her Body‘.