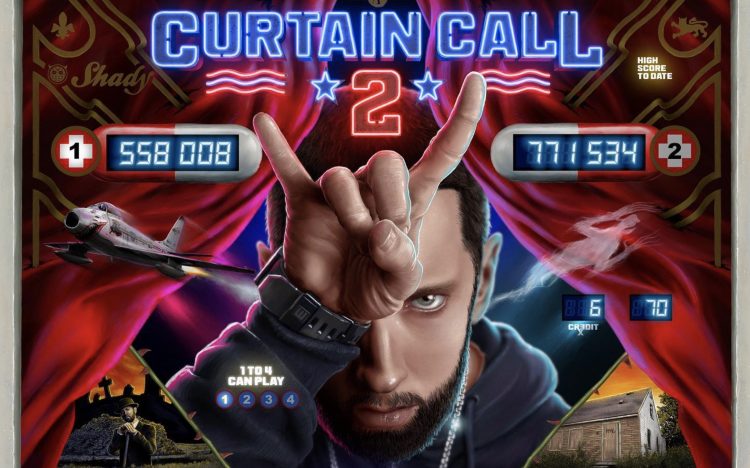 In December of 2005, Eminem released an album called Curtain Call: The Hits. It was a compilation of some of his most popular songs up to that point, along with a small handful of new songs. It features ‘Lose Yourself’, ‘Stan’, ‘The Real Slim Shady’ and ‘My Name Is’, to name a few.

With that incredible list of songs, it shouldn’t surprise you that it has spent more than 10 years on the Billboard 200. When Em put out a new single with Snoop Dogg and announced that Curtain Call 2 was coming, it got fans excited.

Tonight, the album is out worldwide. It features some of Em’s biggest songs since Relapse, including ‘Not Afraid’, ‘Love The Way You Lie’ and ‘Rap God’. Along with the big singles are three new songs; the Snoop single, Em’s recent CeeLo Green collab and an unreleased 50 Cent collaboration from 2009 called ‘Is It Love’ which you can hear here.

You can stream the compilation LP below.