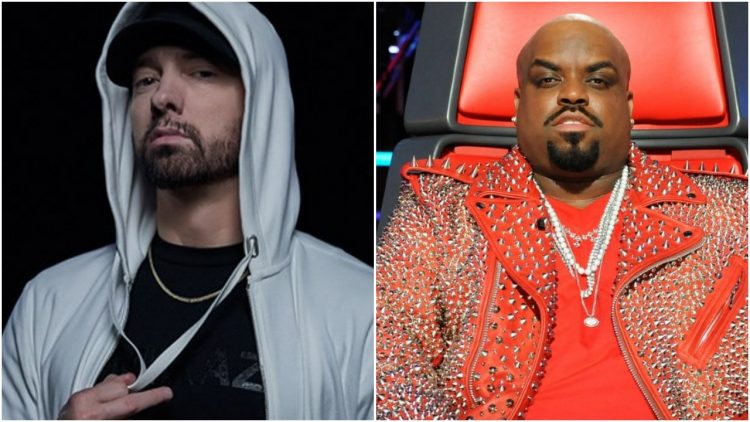 Another new song from the upcoming Elvis movie and soundtrack has been released. This time, it’s Eminem and CeeLo Green joining forces on ‘The King & I’.

The track will be featured on the soundtrack for Elvis, the upcoming Presley biopic directed by Baz Luhrmann which arrives in cinemas later this month on the 24th. Em had announced the collaboration with fellow veteran artist earlier this month, the snippet sounding quite promising.

CeeLo revealed during and interview with KTLA that Em called him for the collab and requested a very quick turnaround. “Me and Eminem have been friends for years, I’ve longed for an opportunity to work with him. He said, ‘Hey man, can you do this for me? I need it really quickly, I need it tonight.’ So when Eminem says he needs something tonight, you deliver,” he said.

“Between Elvis and me, myself/ It seems obvious: one, he’s pale as me/ Second, we both been hailed as kings/ He used to rock the Jailhouse, and I used to rock The Shelter,” raps Em on the song which you can hear below.