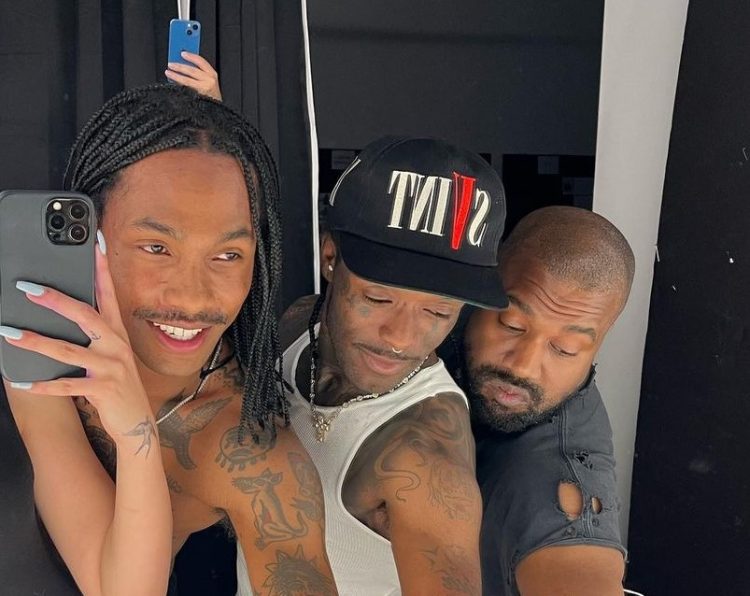 The Internet member Steve Lacey took to Instagram on Tuesday night (Aug. 9) to share a photo of the three posing for a selfie. LA tattoo artist Mez Afram took the mirror selfie as you can see but it isn’t confirmed if she’s the artist as well. Kanye, Uzi and Lacy all pose with their arms extended, showing off the ink which reads “We here forever technically.”

Kanye has always been a fan of Lacy’s. He appeared on the DONDA live stream last year and when the singer released his latest album Gemini Rights, Ye called it “beautiful.” He added, “one of the most inspiring people on the planet.”

Steve Lacy is currently enjoying the success of his song ‘Bad Habit‘ which has become a worldwide smash.