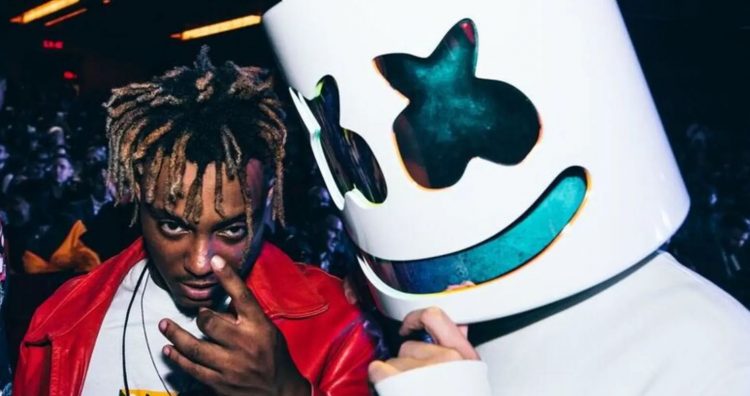 Marshmello and Juice WRLD had a great working relationship, resulting in a couple of big songs, ‘Come & Go‘ and ‘Hate The Other Side‘.

Earlier this week, the hit producer announced that a new song called ‘BYE BYE’ will be releasing on Friday, getting the fans excited. There has been an old clip of Juice playing the particular track live on Instagram but at the time, Marshmello’s involvement wasn’t known.

Most probably, Marshmello recently got a hold of the song and added additional production on it. The song is now out on streaming services — listen below.

Marshmello reportedly has a bunch of unreleased songs with Juice WRLD who tragically died in December 2021 due to an accidental overdose of oxycodone and codeine.