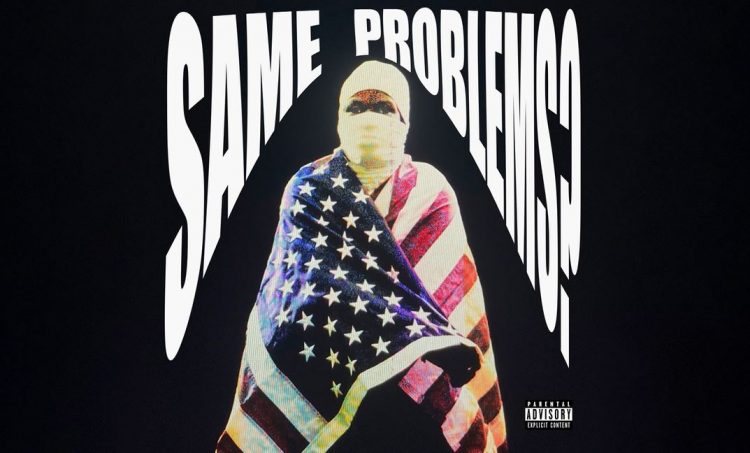 About a month ago, A$AP Rocky shared a new song called ‘Same Problems’ during an Amazon Music show that he did.

He prefaced it by acknowledging how many people we’ve lost in Hip-Hop. “You gotta know that we the highest statistic of losing people, no other genre loses Rockstars, Pop singers and Country artists” he said. “This next song is dedicated to everybody we lost” he continued and while the song played, pictures of MF DOOM, Drakeo The Ruler, Pop Smoke, Juice WRLD and many more late rappers came up on the screen behind him.

Tonight, fans get to hear the official studio version of the record where he pays tribute to the fallen soldiers. It features some background vocals from Lil Yachty, who has collaborated with Rocky in the past on ‘T.D’ and ‘Bachelor’.

Speaking with Zane Lowe on Apple Music, Rocky says his new album is done. “Oh, it’s coming. Absolutely. Oh, it’s coming. It’s finished and we just putting the finishing touches on it. It’s coming for sure,” he said.

“I think we all need time for growth. I think that it’s pointless for artists to put out music when they have no fuel or no subject matter. Sometimes, I need to live a bit to give you the right subject matter to convey my experiences. The new stuff is me being vulnerable, and it’s just no filter, and just where I’m at, at my stage. My age and how I see things, my peers, the younger kids, the older cats, it’s just my perspective. We come in with some whole new fresh s**t. If we talking about inspiration and style and stuff like that, creativity, I do that in my sleep and we’re coming with that. I think now, my perspective has aged a bit. It’s like fine wine, and I’m starting to become more aware of things that I was oblivious to, things that I ignored, and a lot of things I was ignorant to. I’m more aware. I’ve experienced it firsthand or it’s just in my face every day. I think about encapsulating into albums. I try to figure out how to do that every time. The process of making music is more free. But I always try to stay on subject.”

Check out the new song below. This is a great, mellow tune. Hopefully this leads to Don’t Be Dumb dropping soon.

Rocky also expressed his excitement about Rihanna’s upcoming Super Bowl halftime performance: “Oh, man. I’m just as excited as you guys, if not more. Yeah, I’m super excited. This is as huge. This is incredible. I’m so glad that my lady’s back making music again and whatnot, and getting back out there. It’s just incredible. Especially for both of us, it is a good year for both of us to be more active and be out there. But the Super Bowl is huge, and her being the creative she is she going to bring it, man. I’m excited. I’m more excited than everybody else, honestly.”