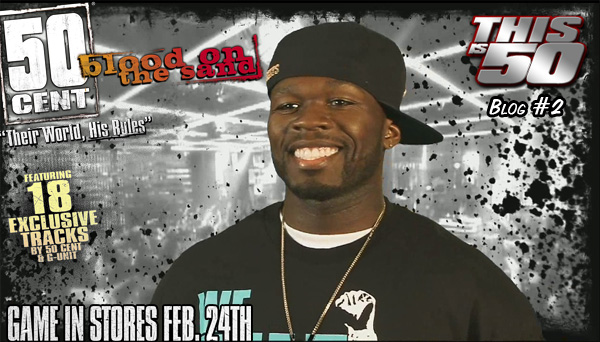 This is off ‘The Blood In The Sand’ Video Game which will be in stores February 24th. Short music clip, only a minute and a half. I’ve heard this verse before, with a different beat which was featured on some mixtape a couple of years ago. It samples Prince’s track ‘If I Was Your Girlfriend’ released back in 1987, off his album Sign O The Times.

50’s comments about the soundtrack and download link after the jump.

One of the most exciting things about Blood on the Sand is that we put 18 exclusive tracks in the game that people have never heard before. The exclusive music is made specifically for this game and won