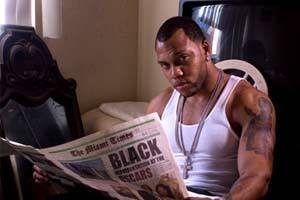 The first thing that comes to my mind is – WTF. I mean, not that I’m surprised about it doing so well and that it will be hitting the No.1 spot this week on Billboard Hot 100, what really amazes me is the figures. I reported to you 4 days back that it is expected to debut at No.1 so yes, that fact is no big news to me. But now, it’s official that Flo Rida’s new single ‘Right Round’ has sold over 630,000 copies of the single in the first week on iTunes !

Now that is BIG ! This would mean that it will break Flo Rida’s own record when his song ‘Low’ off his debut album sold 467k in a single week.

Well, the popularity of the song has a lot to do with the kind of sound the song has. Other than it being catchy, it is a good mixture of Pop & Hip Hop and by filling both genres, it satisfies a larger audience , also internationally. Not only sales wise, the song is also reportedly receiving more than 7,000 plays a week ! Damn, you know exactly where I’m going..