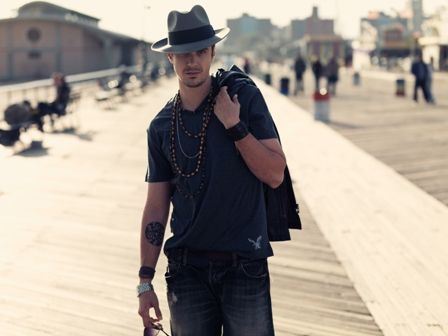 Wow. I just discovered this track by Swiss Pop/Soul/R&B singer Seven titled ‘Go Slow’. This is from his album Like A Rocket which was released on 27th February in Switzerland. The CD also features Prince’s affiliates Tamar Davis and Conya Doss as well as former Prince’s sax-player, Eric Leeds, all of whom appear on the track ‘Home’.

I didn’t see any mainstream sites posting this joint so I’m liberating it here. You gotta listen to this. It’s a solid track with a crazy sample on the chorus. Talib Kweli of course comes and drops a hot verse in between. Enjoy.