Quincy Jones On Michael Jackson: ‘He Didn’t Want To Be Black’ 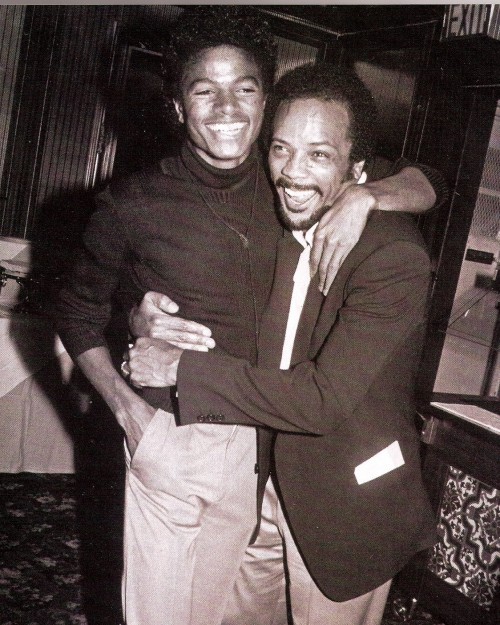 In a controversial interview with Style Magazine, Quincy Jones remembers his ‘brother’ Michael Jackson and while Quincy admits he loved Michael, he speaks candidly about what he perceives as the tortured genius’ obsession with race and his poor self image.

Q: You were there to witness the strange evolution in Michael’s appearance. Did you ever step in and saying anything about it?
A: Oh, we talked about it all the time. But he’d come up with, “Man, I promise you I have this disease,” and so forth, and “I have a blister on my lungs,” and all that kind of b.s. It’s hard, because Michael’s a Virgo, man—he’s very set in his ways. You can’t talk him out of it. Chemical peels and all that stuff.

Q: Did you believe him about the disease?
A: I don’t believe in any of that bullshit, no. No. Never. I’ve been around junkies and stuff all my life. I’ve heard every excuse. It’s like smokers—”I only smoke when I drink” and all that stuff. But it’s bullshit. You’re justifying something that’s destructive to your existence. It’s crazy. I mean, I came up with Ray Charles, man. You know, nobody gonna pull no wool over my eyes. He did heroin 20 years! Come on. And black coffee and gin for 40 years. But when he called me to come over to see him when he was in the hospital on his way out, man, he had emphysema, hepatitis C, cirrhosis of the liver, and five malignant tumors. Please, man! I’ve been around this all my life. So it’s hard for somebody to pull the wool over my eyes. But when somebody’s hell-bent on it, you can’t stop ’em.

Q: But it must’ve been so disturbing to see Michael’s face turn into what it turned into.
A: It’s ridiculous, man! Chemical peels and all of it. And I don’t understand it. But he obviously didn’t want to be black.

Q: But he was beautiful before?
A: Man, he was the most gorgeous guy.

Q: But he seemed to have some deep-seated issue with how he looked?
A: Well, that comes about a certain way. I’m not sure how it happens. I’m just a musician and a record producer. I’m not a psychiatrist. I don’t understand all that stuff. We all got problems. But there’s a great book out called Too Soon Old, Too Late Smart. Did you see that? That book says the statute of limitations has expired on all childhood traumas. Get your stuff together and get on with your life, man. Stop whinin’ about what’s wrong, because everybody’s had a rough time, in one way or another.