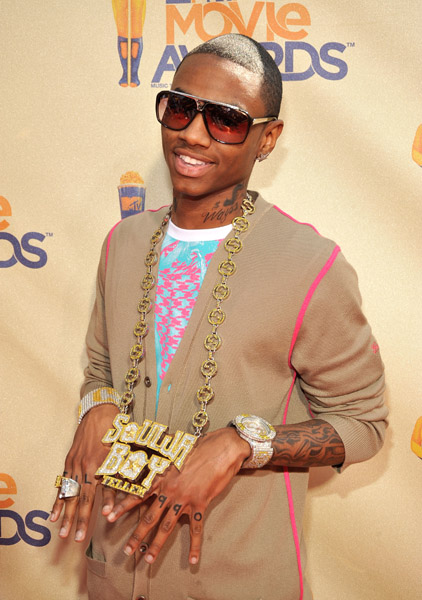 50 has gifted the young rapper Soulja Boy his own tour bus so that he can finish recording his new LP The DeAndre Way.

50 gave me a bus to record my album since I was on tour.

He also reveals that 50 did that so he could record and make beats on the bus and does not have to book studio time. First a remote-controlled lambo chain and now this?

‘The DeAndre Way’ is expected to be released later this year.

*Update: MTV just put up a video as well. Hit the jump.