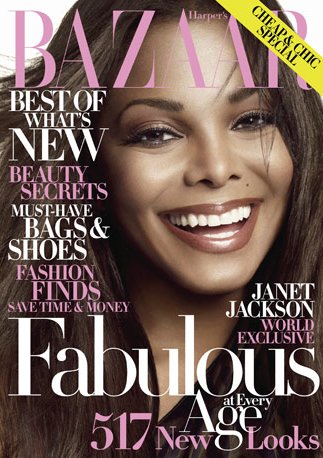 In this new issue, Janet has confirmed her split from Jermaine Dupri, her partner of more than 7 years.

Janet is also now single, recently breaking off her seven-year relationship with music producer Jermaine Dupri. Does she still believe in marriage? “For [some] people, sure! I don’t know if I’ll get married again. [She’s been married twice, as a teen to James DeBarge and to choreographer René Elizondo.] I’ll put it like this: If God wants me to, then I will.” Dating? “Yeah, I’ve had people ask me out. I haven’t entertained any offers thus far, but I’m locking myself in my work right now.” Some might say boys smell anyway. “Yeah, they stink,” she chuckles, “and they’re dirty.”

You can check out the full article here where she also talks bout her brother Michael Jackson and the photo shoot here.