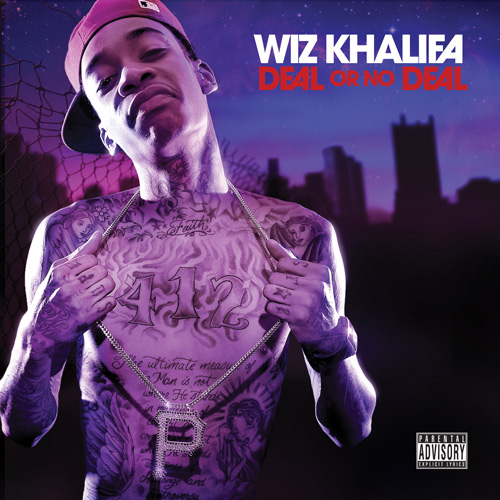 Here is the first single from his album Deal OR No Deal which is releasing on November 24th. You can peep the official press release after the jump. Also, above is the new artwork for the project.

Rostrum Records, Frank Radio, and iHipHop Distribution are proud to
announce the upcoming release of Wiz Khalifa’s “Deal Or No Deal.” The
album will be available in stores and online November 24th.

After leaving Warner Bros. Records in July, Wiz’s career has continued to take
off independently. This past summer he released a now classic mixtape,
“Flight School,” and teamed up with Curren$y for the “How Fly” project. He
has toured relentlessly and has continued to connect with his ever-growing
fanbase in new and innovative ways.

Wiz will continue to tour throughout the year with upcoming stops in Indiana,
New York City, Philadelphia, Houton, Los Angeles, and additional cities to be
announced soon. You can see him live in concert at Southpaw in Brooklyn,
NY, October 20th at CMJ week.