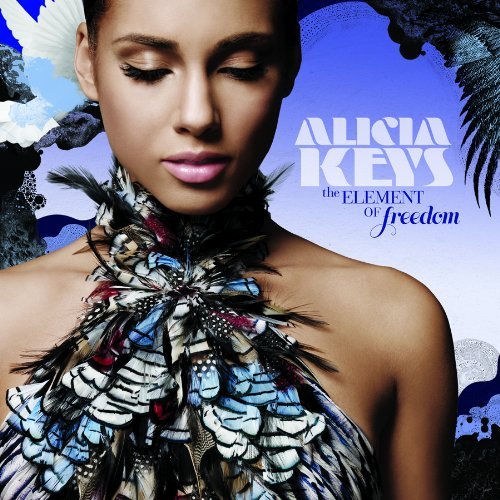 Had seen some track lists floating around but I had to wait for the official word. Though Drake provides background vocals on track # 7, he is not officially credited. Hit the jump for the track list and the press release.

Fresh off the American Music Awards with two unforgettable performances of “Empire State of Mind” with Jay-Z and her new single “Try Sleeping with a Broken Heart,” 12-time Grammy Award winner Alicia Keys goes into high gear with a whirlwind of activities in support of her fifth album The Element of Freedom out December 15 on MBK Entertainment/J Records.

In addition to “Try Sleeping With A Broken Heart” and “Doesn’t Mean Anything,” The Element of Freedom features Keys soulfully soaring solo version of “Empire State of Mind (Part II) Broken Down,” a beat-driven duet with Beyoncé on “Put It In A Love Song,” “Un-thinkable (I’m Ready)” with background vocals provided by Drake, the reggae-tinged “Love is My Disease,” a 80’s funk jam “This Bed” and more sonic gems. The album features production by Alicia Keys, her longtime collaborator Kerry “Krucial” Brothers, Jeff Bhasker, Swizz Beatz, and Noah “40” Shebib.