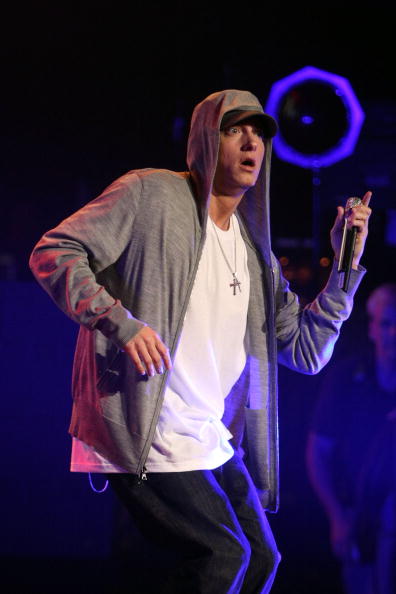 Some cheer for the UK fans and a sort of confirmation that Em is sober indeed. He has agreed to let go his anti-gay song lyrics so that he can perform in the UK again, at the Wireless Festival in Hyde Park.

Eminem will return to the British stage for the first time in five and a half years after promising to tone down his homophobic lyrics.

Organisers of the Wireless Festival in Hyde Park have persuaded the rapper to drop his gratuitously anti-gay songs to avoid any demonstrations.

Following Eminem’s pledge, they have agreed a deal with gay rights groups not to picket the event next summer.

The last time Eminem toured the country in 2001, gay rights group OutRage! protested outside his shows, saying his lyrics were homophobic.

The last time he did a show in the country was at the O2 Academy in Islington in 2004.