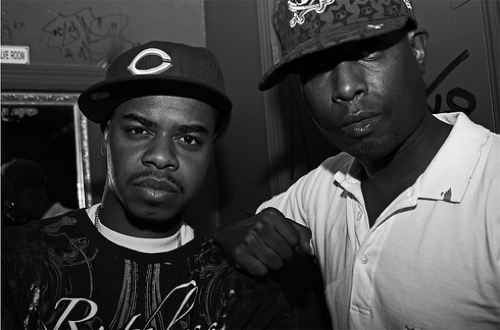 We finally have an update on the new Reflection Eternal album Revolutions Per Minute. It’s due out in February and boy, I can’t wait for it.

In this new interview with DX, the Aftermath affiliate talks about the album being 80% done, label politics, releasing Hi-Teknology IV in the future, working with Dr. Dre, submitting beats for Game’s R.E.D. Album and more.

DX: How close to completion are you now?
Hi-Tek: Well, I would say about 80%. There are songs to mix and five to be completed and then like another five we are deciding on whether to use or not.

And here’s a quote I completely agree with:

DX: Will we see a Hi-Teknology IV?
Hi-Tek: [I’m] not really interested in that right now. But to answer the question, it will happen some day.

DX: Through Babygrande?
Hi-Tek: Most definitely not. That’s just a perfect example of people not knowing what this music shit is about and who are in it just to make money. Hi-Teknology 2 was a prime example of a classic album, which just went down the drain as no one heard it. That’s not my fault; that is the label’s job to make sure people heard it. I get out and do every interview and all the press, but it was more a case of when they recouped, they were cool with that and it went no further. I had nine Interscope artists on that album and the only reason I got that was because of my relationship with [Dr.] Dre and Interscope. A lot of people wouldn’t be able to get that, so why not capitalize off that relationship? That was a dope album and Hi-Teknology 3 was just a case of getting the album done and fulfilling my contract. There were classics on [volume 2] waiting in the can to be released; it was a great independent album.

Check out the full interview here.