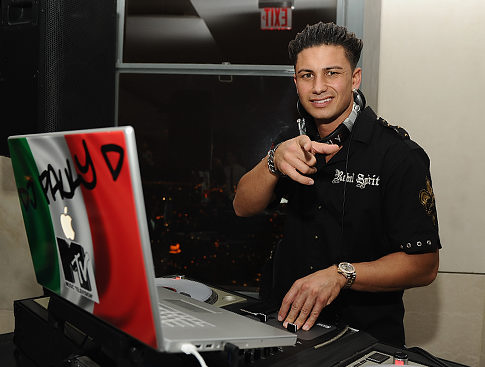 There have been talks going around the internet since a while but The Jersey Shore disc jockey, currently opening for Nicki Minaj and Britney Spears on the Femme Fatale tour, has confirmed with XXL that he has signed with 50 Cent’s G-Unit imprint.

Details are still scarce but he allegedly has a three album and Pauly D-branded headphone deal with 50 Cent.

“50 cent has also been somebody I look up to. We ended up linking up and we just clicked. We hit it off immediately with the music and everything like that. So, I’m definitely gonna be working with him. There’s been talks about the album and the headphones. I’m looking forward to working with that as well.”