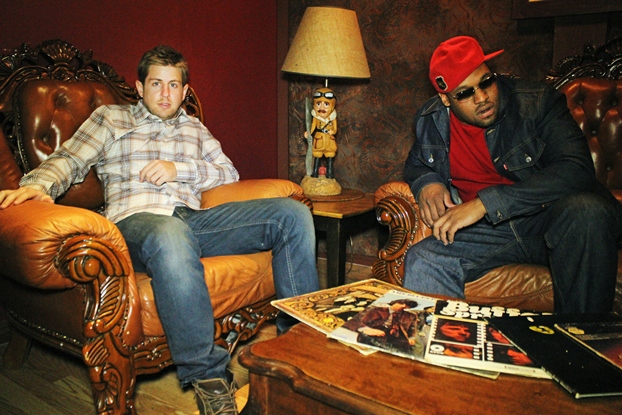 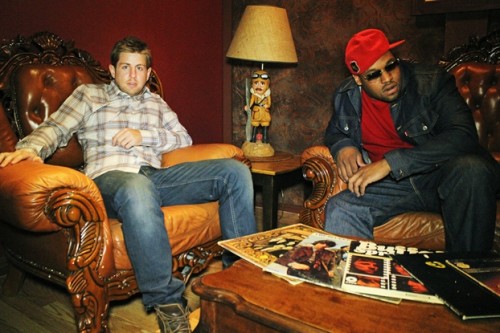 You may or may not like Nicki Minaj’s pop dominated new album Pink Friday: Roman Reloaded. But one thing is for sure, the track ‘Hov Lane’ definitely has people talking because of its infectious beat & hook and the attention seeking lyrics.

This past weekend, I had the chance to speak to the producers of the song Ryan & Smitty. Ryan is originally from Las Vegas whereas Smitty is from Detroit but they now operate from Los Angeles. The duo got their first big break in 2010 when they produced the bonus track ‘Go Away’ from Chris Brown’s album Graffiti. Fresh off placement in the form of one of the most buzzed about tracks ‘Hov Lane‘ from Nicki’s number 1 album, they talk about the background story of the beat, how it reached Nicki, getting picked by Chris Brown, upcoming collaborations and more.

HHNM: Tell me something about your background and how you got started in the game.

Smitty: Basically, I got started with playing drums in my local church and then started producing Hip-Hop music for local acts in Detroit and then was able to shift a bit into Pop music. Then coming down here (LA) with Ryan, the chemistry was automatic.

Ryan: I was playing the piano and the guitar. Then I ended up in California and started producing Pop Music. Once Smitty and I get together, we really get going.

HHNM: So Chris Brown’s ‘Go Away’ was your first big break. Tell me how that happened.

Ryan: Oh yeah. Basically, we were working with our buddies The Futuristics. We just got into the studio one day and made the beat. And then got together with the writer, his name is Micah Powell. We wrote the song together. He ran into Chris Brown at a record plant in LA. He called us and we found that he will be recording it. So that was exciting for us.

HHNM: You have produced one of the most buzzed about tracks from Nicki Minaj’s Pink Friday: Roman Reloaded album, ‘Hov Lane’. How has the reaction been so far?

Smitty: Oh it’s been awesome. So many people that we have grown up with and our industry peers have been tweeting and calling us to let us know that they are proud of us, congratulating us and all that. Even if you look at Twitter, you see so many people talking about the song. It almost feels like a cultural movement as opposed to being just a track. Because you will be hearing people say “I’m in the Hov Lane, you you you soul train”. So I feel it’s bigger than just a beat. It’s a movement.

HHNM: What is the background story for the beat? How did Nicki end up picking it? Were you in the studio with her when that was recorded?

Smitty: Actually One of our good friends, the homie Young Lo brought over Safaree who co-executive produced Nicki’s album, to our studio and took a liking to some of our stuff. And he encouraged us like “Yo you need to start sending beats to Nicki”. So me and Ryan got together and started making all kinds of crazy beats, with her in focus and the sound they wanted. Eventually we sent something to them. And Safaree hit us back saying she really likes it. From there, she had us make a couple of changes to the beat to make it for her liking and from there it was pretty much automatic. It was really exciting. Shows you how far proper connections can take you in the business.

Ryan: Yeah, what’s really cool about that beat is that we made it specifically for Nicki. There was no other artist intended. We wanted to get on her project and we did.

HHNM: So Chis Brown’s ‘Go Away’ is very different in sound than Nicki’s ‘Hov Lane’. Do you guys have a particular sound you work or you just go with the flow?

Ryan: I would say at this point, we’re focusing a lil bit on a sound but there’s still a couple of different genres that we can go at. We know we’re capable of doing a lot so we don’t mind doing different sounds.

Smitty: Yeah I think we’re very musical individuals so we can get the vibe right for a particular artist and work towards that. We can play and program any genre we want but to do that in an incredible way, that’s where the challenge comes.

HHNM: So what are you guys working on right now? Any exciting collaborations in the works?

Smitty: Yeah, we could have Plies’ new single coming out on Atlantic and that should be pretty dope. Also, we just did an amazing record for Justin Bieber. Besides that, just continuing what we have been doing. Just working with all the hottest writers in LA and you know, just trying to do a follow up to the Nicki track. You know you can’t stop there. Once you do Chris Brown and Nicki Minaj, we don’t wanna stop until we get Jay-Z and Beyonce (laughs).

Smitty: Yeah, Gov is like a mixture of Anthony Hamilton and Coldplay. Such an amazing talent. We definitely did a smash for him called ‘Stand Up’. Lookout for that, it should be really dope.

HHNM: Yeah, I think he’s talented but really yet to blow.

Ryan: Exactly. I think we found a really good sound for him. I’m excited about what he’s gonna do. And he’s very passionate about his music so it’s great to work with people like that.

HHNM: Who is one artist that you really wish to work with sometime in the future?

HHNM: I see. What kinda sound do you wish to create for him?

Smitty: You know that should be really good because Ryan was actually in a Rock band back in his teens so we’d like to work on his Rebirth stuff. I think he’s gonna do Rebirth 2. I think it will be really great for us to work on that. Because me and Ryan, we’re like a two man band. I’m a drummer, he’s a guitar player and each of us can hop on keys and bass at any time. So it will be dope to do a rock sound for Lil Wayne. We think we can really contribute to that Rebirth 2 album if given the opportunity.