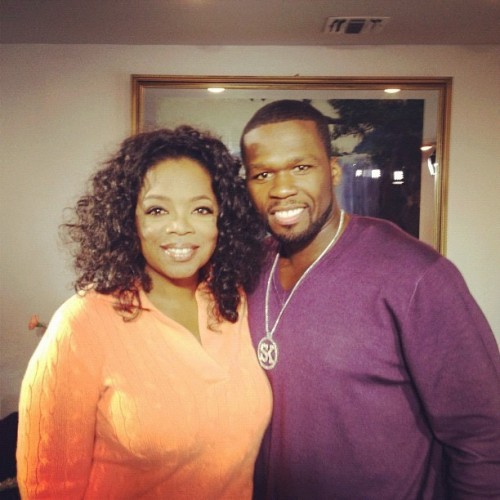 50 Cent has had a feud with Oprah in the past but that has been set aside as Oprah called the rapper for an interview on her Next Chapter show. Curtis invited Oprah to his grandparents’ house in South Jamaica, NY for an intimate chat.

They discussed everything from his record sales and $100 million Empire to fatherhood, rap culture, love life, why he named his dog Oprah, feeding the hunger, relationship with his grandparents and much more. Watch the interesting conversation after the break.

Thank to Ashley for the videos