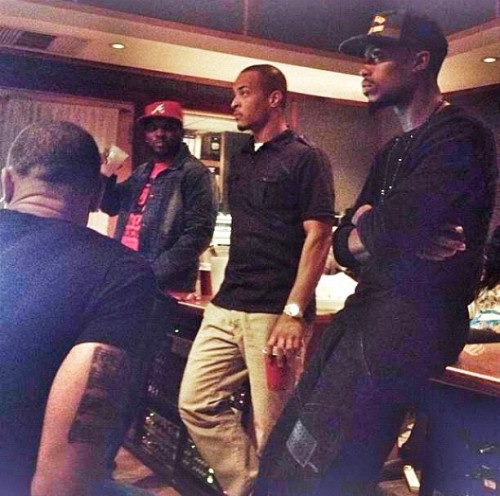 Young Jeezy has been grinding hard in the studio. He released his 4th studio album TM: 103 in December last year but it looks like we may be getting some new music from him soon as pictures from his recent studio sessions with Ryan Leslie, T.I., B.o.B, Mike Will, CTE and other have been spotted on Twitter. Proceed below for more.