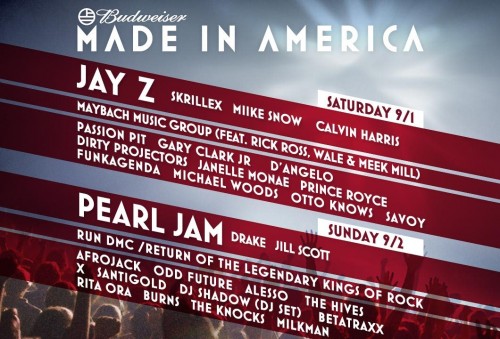 The day 1 of Made In America festival just concluded in Philly which had acts like MMG, Janele Monae, Jay Electronica, D’Angelo and Jay-Z performing their hits in front of the sold out crowd. For those who missed the live stream or want to replay, here are the rips courtesy of Yardie. Some highlights:

– Jay-Z brought out G.O.O.D. Music who rocked the stage with their smashes.

– At the end of Jay Elect’s set, he announced that his first single will feature Chris Brown. Strange because we can’t see his name on the Act II: Patents Of Nobility track list he released last month.

Hit the jump to watch all performances. Jay-Z and G.O.O.D. Music’s set will be added when it becomes available.