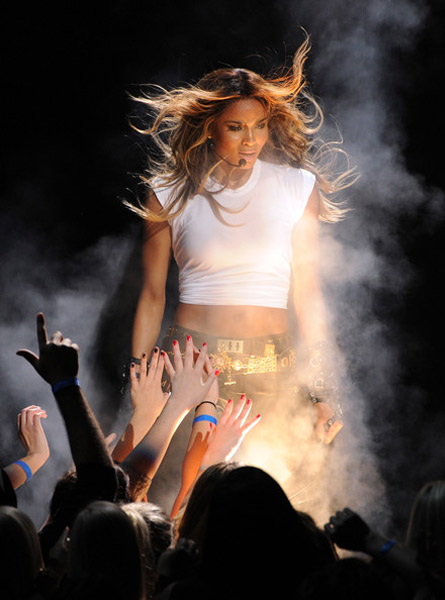 The 2012 edition of VH1 Divas is currently live from Shrine Auditorium in Los Angeles and some of the performers at the show include Ciara, Kelly Rowland, Keri Hilson, Iggy Azalea, Pitbull, Melanie Fiona and more.

Ciara really shined bright with a tribute to Micheal Jackson on ‘Billie Jean’ followed by performance of her latest single ‘Got Me Good’ along with 8 Flavahz from America’s Best Dance Crew. Kelly Rowland, Keri Hilson and Adam Lambert played a tribute to Disco legend, late Donna Summer who was recently picked to be inducted into Rock & Roll Hall Of Fame.

Watch below. More performances will be updated as they become available.