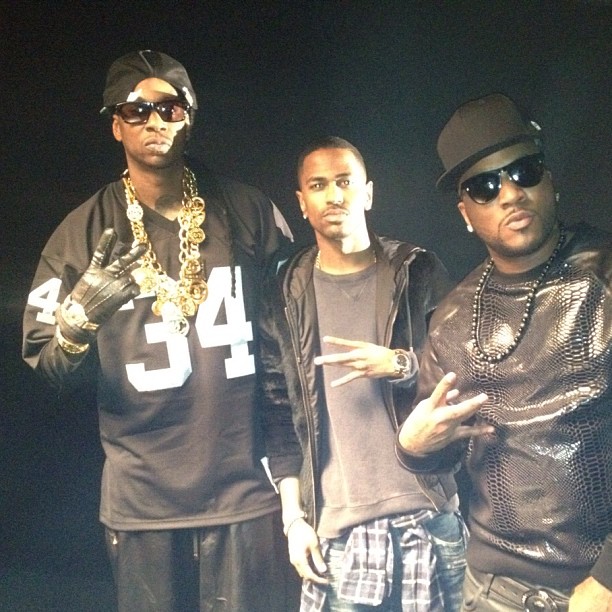 Young Jeezy’s ‘RIP’ originally appeared on his It’s Tha World mixtape but it was clearly a standout so Def Jam has been pushing it as a single on the radio. The song is currently #17 on Urban radio and gaining in excess of 300 spins every week.

Jeezy and 2 Chainz connected in LA last night to shoot the video which is being directed by TAJ. Expect a lot of cameos in the video including Nelly, Warren G, Snoop Dogg, YG, T.I., Big Sean, Dom Kennedy and E-40. More flicks below.