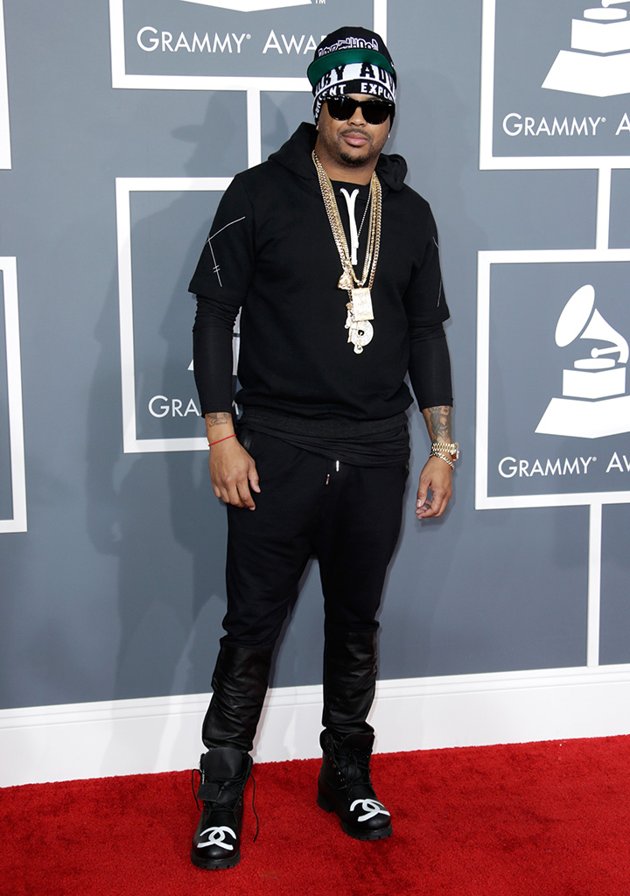 The-Dream had a lively night at the GRAMMYs tonight. The singer was on stage accepting the Best Rap/Sung Collaboration GRAMMY for ‘No Church in the Wild’ alongside Jay-Z and Frank Ocean. There, Hov threw some shade at Terius’ hat saying he’d like to thank “swap meet’ for it. Watch footage after the break.

On the other hand, The-Dream told Billboard that his upcoming 4th album is no longer called The Love IV. The new tile is Fourplay and will hit stores on May 7th, with the first single ‘Slow It Down’ impacting on Thursday. He’s also in the studio working on Beyonce and Kanye‘s new albums.