The Game Gets Dr. Dre ‘The Chronic’ & ‘The Documentary’ Tattoos 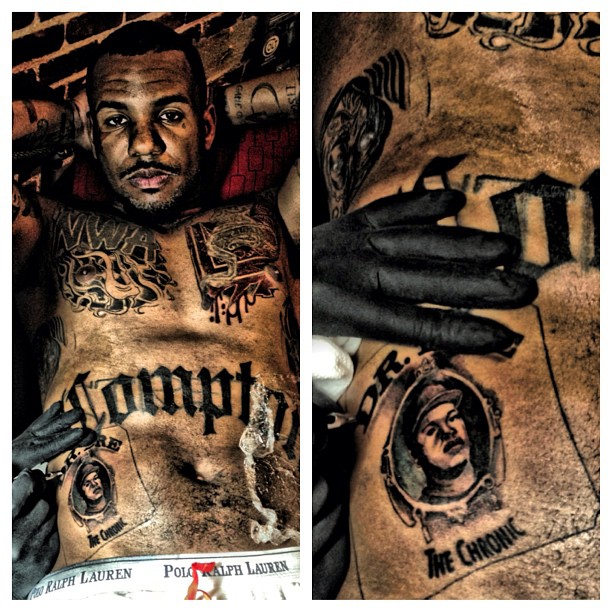 The Game’s love for tattoos continues as he has got some fresh ink on his body. He recently visited his tattoo artists Kat Von D and Peter Koskela and got three new tattoos, two of them clearly standing out. On the right of his stomach, he pays respect to his mentor Dr. Dre by getting the album cover of the classic album The Chronic while on the left side is his own incredible debut The Documentary.

Gettin “THE CHRONIC” album tatted on the stomach… OUCH ! But when I think about what this album did for my city… The pain disappears. That’s Life. #Compton

Check out more photos below.