Funkmaster Flex – ‘Who You Mad At? Me Or Yourself’ (Mixtape Artwork & Track List) 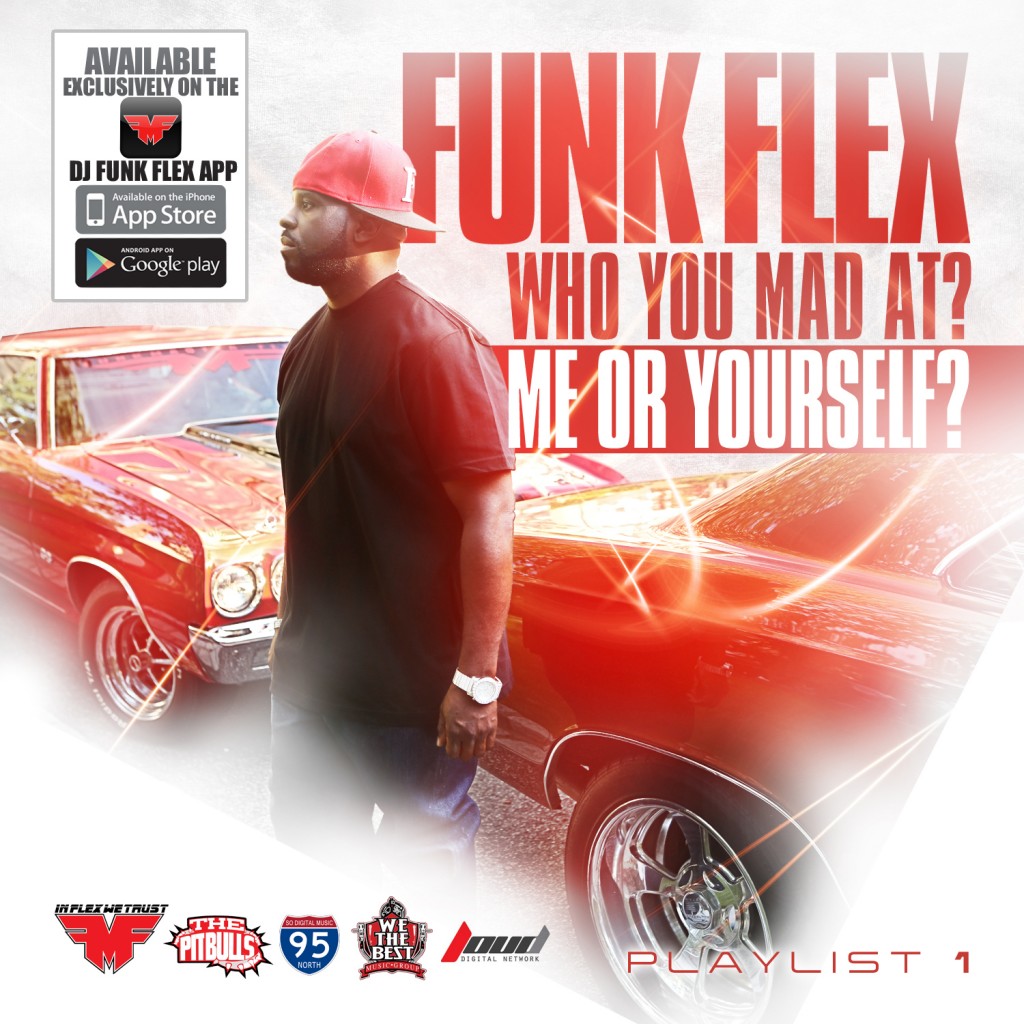 Funkmaster Flex has picked April 17th as the release date of his highly anticipated mixtape Who You Mad At? Me Or Yourself and has a pretty big lineup on the track list. It will be released in two parts (playlists) and some of the guests include The Lox, Fabolous, Rick Ross, Kendrick Lamar, Cam’ron, Lil Wayne, J. Cole, Mac Miller, B.o.B, Chris Brown, Lloyd Banks, Ne-Yo, Young Jeezy and many more.

UPDATE: Funk Flex has done some changes to the track list and cut out a few from the Mustang playlist. Take a look at the updated ones below. It will release tonight, April 17 at 8 PM on his app (iTunes & Google Play). 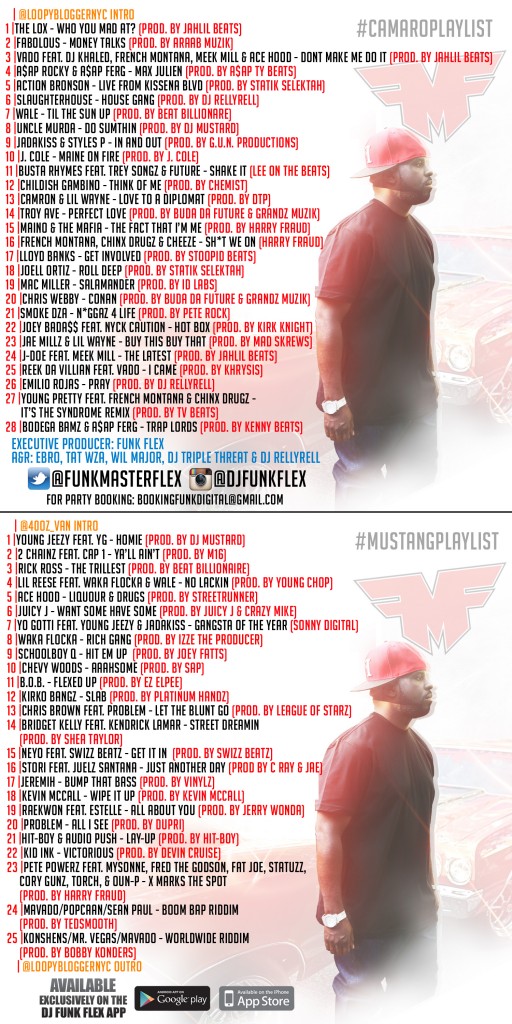