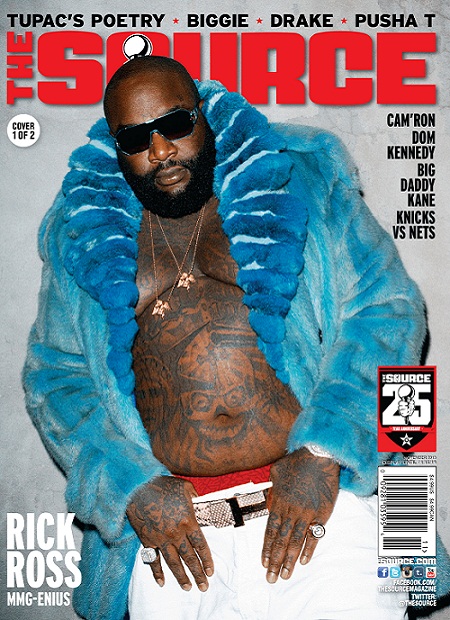 Rick Ross definitely likes exposing his chest as he does it one more on the cover of October / November issue of The Source magazine. This is Rozay’s 5th Source cover and interviewing him inside is his friend Shaheem Reid. This is cover 1 of 2 and the issue hits news stands November 26.

“It feel good as hell. When you look at these dope ass covers, just being on the bible, it still means that much to me,” Rozay says in the feature. “You understand? I’m going into my 6th album, my 5th cover just letting you know that every year they supported the team MMG. Get ready for the craziest Ricky Rozay story, as soon as you see me on the cover, pick it up, even if I’m not on the cover, still pick it up. It’s the culture.”

A behind the scenes look at photo shoot below.