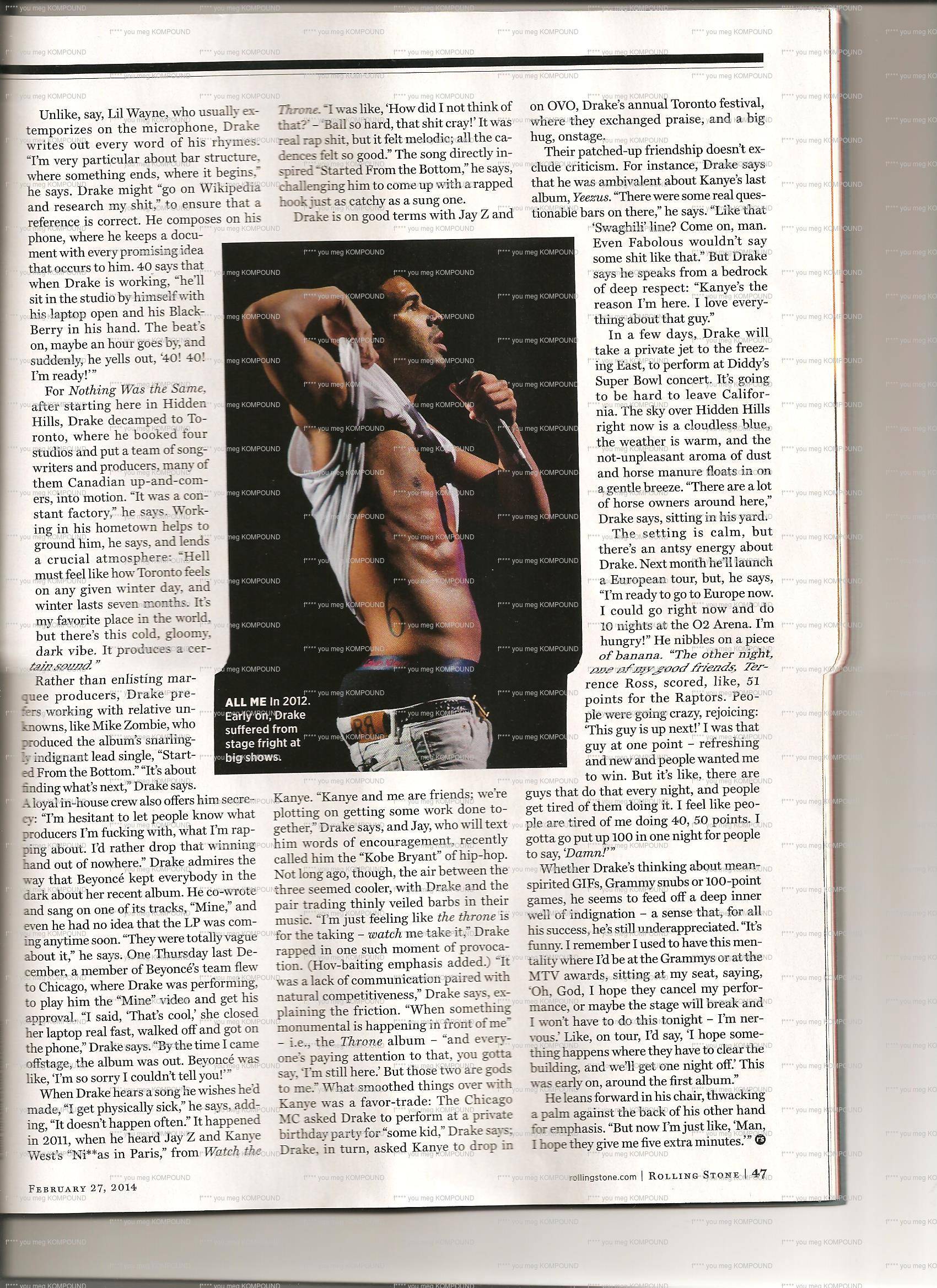 Earlier today, Rollingstone released a part of their interview with Drake which appears in their latest issue, about to hit news stands nationwide. In the piece, Drake criticized Macklemore over sending a text to Kendrick post his Grammy sweep last month.

But there are more fireworks in the article, the scans of which have been leaked on to the internet. One of the striking portions of the interview is where Drizzy openly questions some of the raps on Kanye’s latest album Yeezus, while throwing Fabolous under the bus at the same time.

“There were some real questionable bars on there. Like that ‘Swaghili‘ line? Come on, man. Even Fabolous wouldn’t say some shit like that.”

But then he corrects his tone a lil bit:

“Kanye’s the reason why I’m here. I love everything about that guy.”

Drizzy also speaks on his past romantic links with Rihanna:

“She’s the ultimate fantasy. I mean, I think about it. Like ‘Man, that would be good’. We have fun together, she’s cool and shit. But we’re just friends, she’s my dog for life. I’m not after p*ssy like I was three years ago, when I was trying to make up for all the years when no girl would talk to me. But I haven’t met somebody that makes everybdy else not matter.”

Drake has commented on the article. He says RollingStone misquoted him as he never said that about Yeezus to them.

Rollingstone has released the full interview on their website and another quote which might spark controversy is Jay Z referring to art in his music these days:

“It’s like Hov can’t drop bars these days without at least four art references!” he says. “I would love to collect at some point, but I think the whole rap/art world thing is getting kind of corny.”