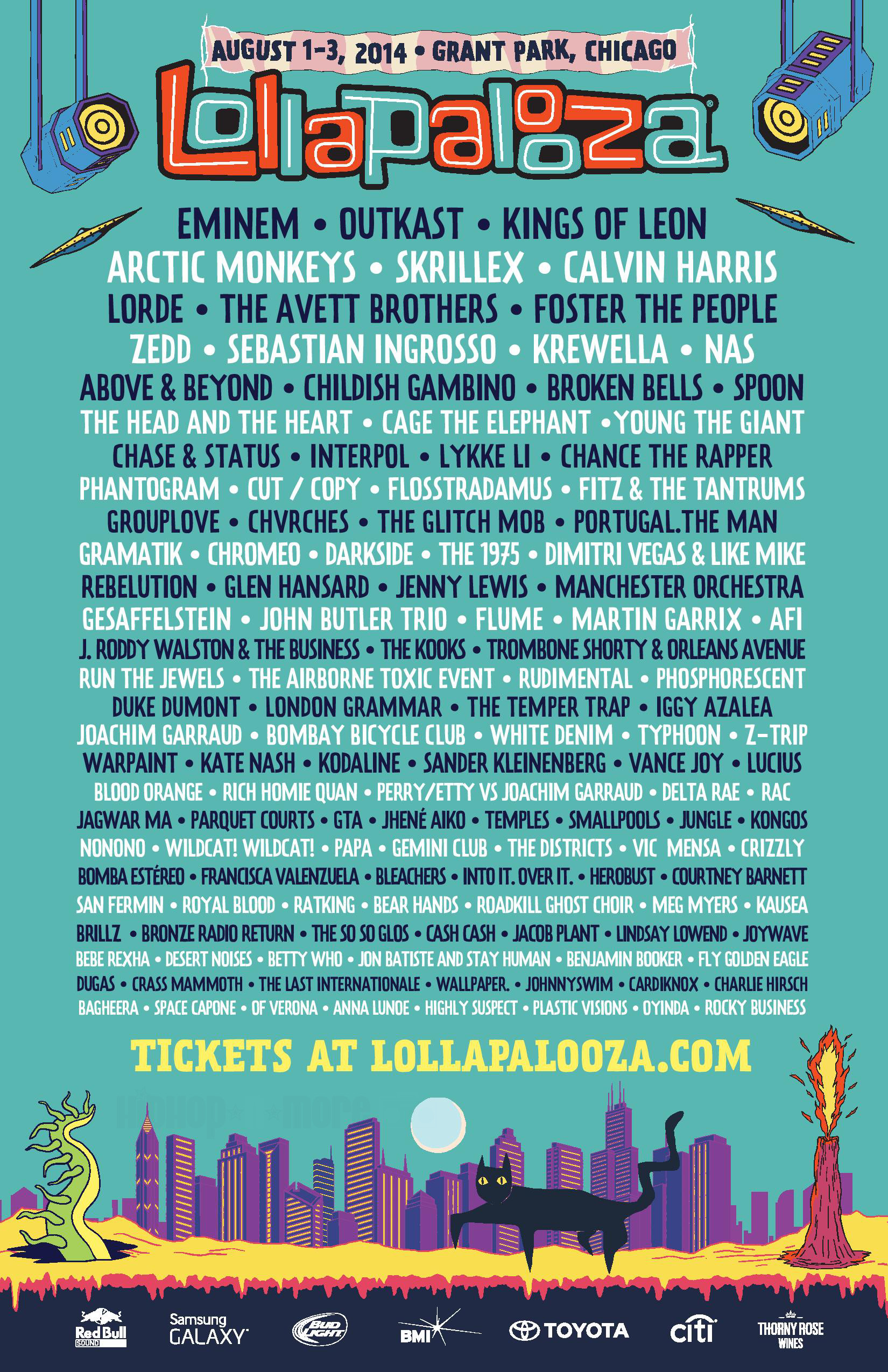 After a premature leak a few days ago,the official Lollapalooza lineup for 2014 has been announced today and it features some big names. Eminem and Outkast will headline the lineup of more than 130 acts at this year’s three-day music festival in Chicago from August 1 to 3.

This time also marks the 10th anniversary of the fest at Chicago’s lakefront Grant Park. Lorde, Arctic Monkeys, Nas, Childish Gambino, Chance The Rapper, Calvin Harris, Iggy Azalea, Foster The People, Vic Mensa, Rich Homie Quan, Jhene Aiko and more are some of the other notables from variety of genres.

Peep the full lineup below and head here for the tickets.