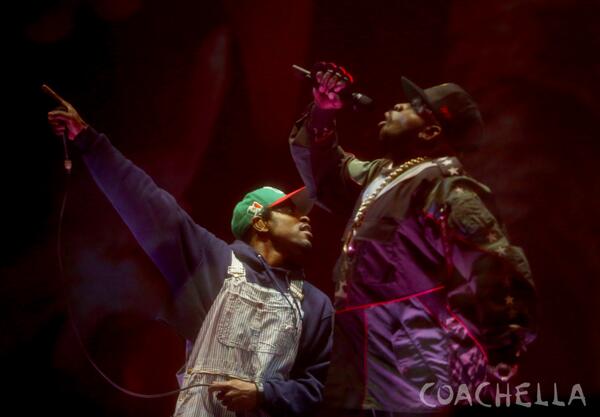 Outkast consisting of Big Boi and Andre 3000 made their much awaited return tonight at Coachella Music & Arts festival. This is the first show as part of their reunion 2014 where they will be performing at over 40 festivals around the world. The duo ran through their group and solo hits with special appearances from Janelle Monae, Sleepy Brown and Future.

Future also debuted his Andre 3000 collaboration ‘Benz Friendz (Whatchutola)’ from his Honest album (full track list here) for the first time (1:07:00 mark). The two announced at the end that they are ending their set a lil early because it was cut off by the organizers which left some fans disappointed. Watch the full two hour set after the jump.