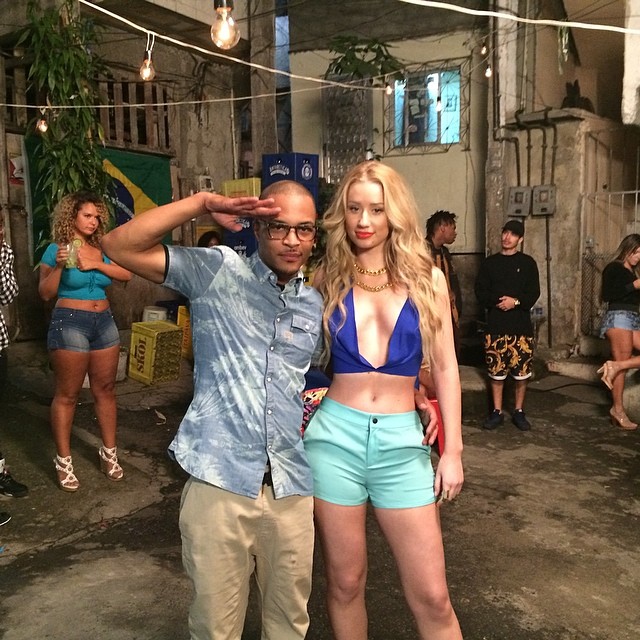 T.I. and DJ Whoo Kid recently stopped by the Opie & Anthony show on Sirius where he spoke on his next single among other things which included a lot of redundant talk and jokes. Around the 34 minute mark in the clip posted below, Tip reveals that the next single from his Paperwork album will be ‘No Mediocre’ featuring his protege Iggy Azalea, the video for which was recently shot in Rio de Janeiro, Brazil.

Paperwork is currently due in stores in September. You can also peep some more photos from the sets of video shoot after the break.