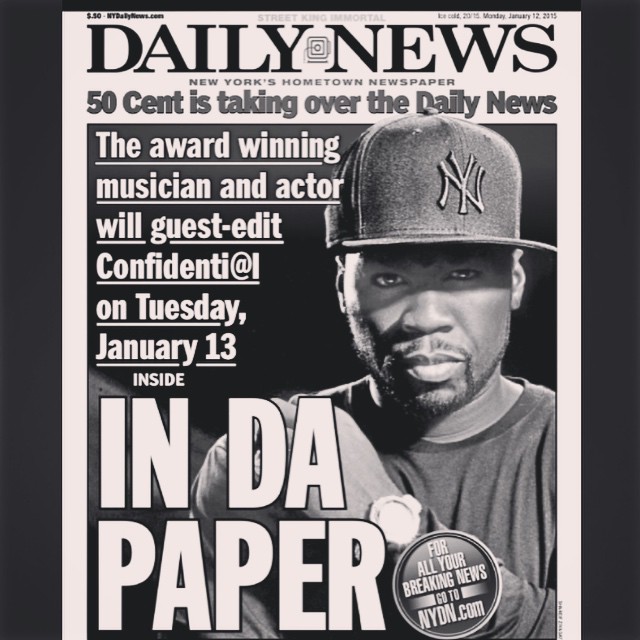 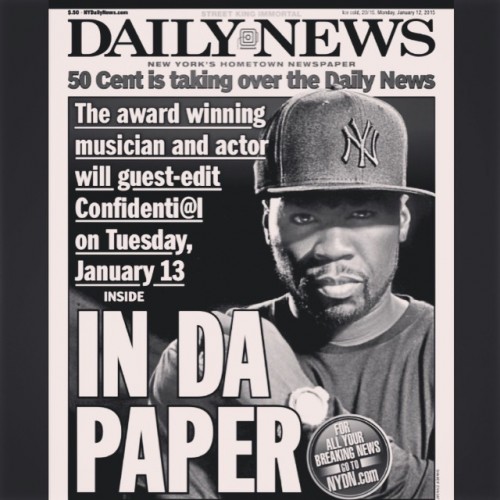 50 Cent will be taking over the New York Daily News and its [email protected] column for one day on Tuesday, January 13th. The rapper/entrepreneur who just returned from a successful CES 2015 outing for his SMS Audio headphones will be writing columns, choosing photos, writing items and even attending the news meeting.

“Tables are turning on Tuesday at the New York Daily News, I’ll be choosing the content! Everyone better get ready.”

“He’s coming to work, and he’s going to be the man in charge. Maybe some of 50’s famous friends will be along for the ride too: We’re hoping for a little Chelsea Handler Skype or email action.”