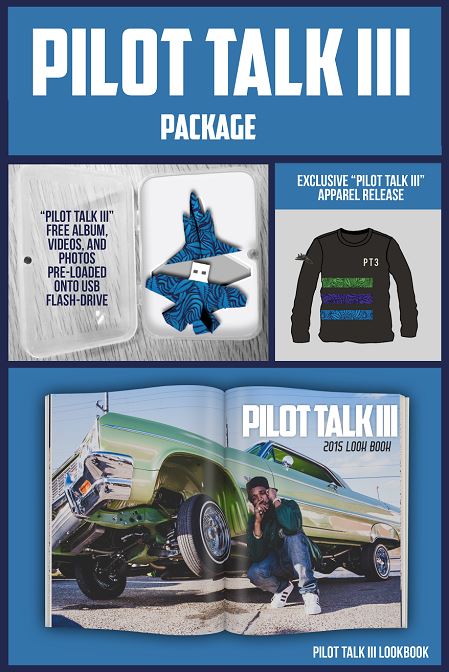 I guess Curren$y liked the idea of Nipsey Hussle selling his mixtape for $100.

Spitta has announced that his upcoming street album Pilot Talk 3 will not be available in stores or on iTunes. The only way to get it is through this $100 package which will include a USB Flash Drive, an exclusive shirt and a look book. The USB drive will contain the Pilot Talk 3 album, some videos and some photos. 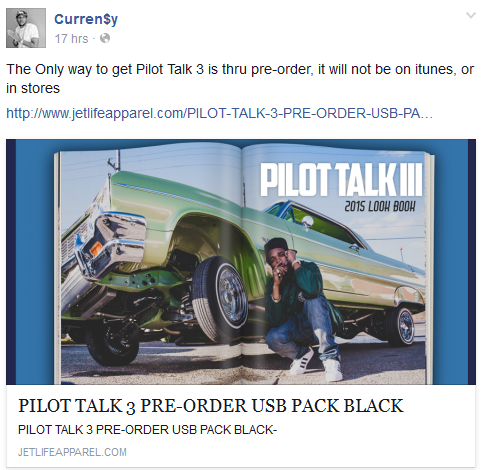 The album is set to arrive April 4 with contributions from Ab-Soul, RiFF RaFF, Action Bronson and French Montana. Will you shell out $100 for this album?