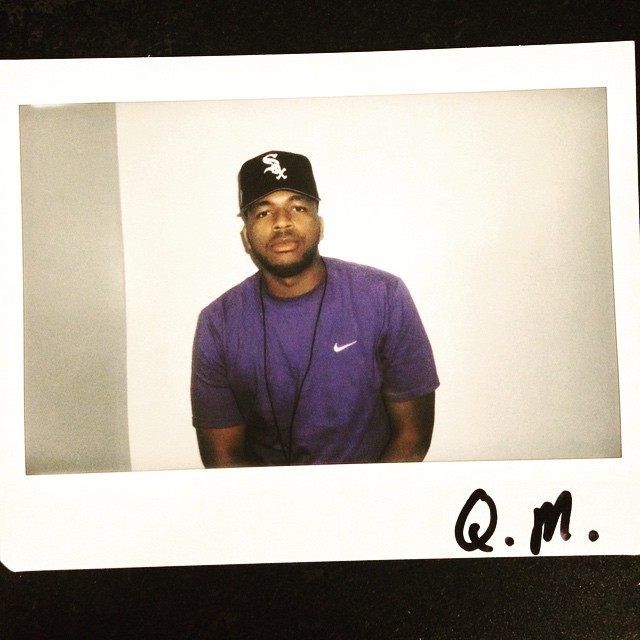 The hottest topic in the rap world currently is Meek Mill’s allegations that Drake did not write his verse on their collaboration ‘R.I.C.O.’, a further investigation of what led to the discovery that Drizzy allegedly used Quentin Miller as a ghostwriter for a few of his own songs including ‘10 Bands‘.

The Atlanta artist has been quiet till now about the whole controversy but has now addressed it in a Tumblr post.

Winter 2014… I was just another guy working a job he hated with a passion for music…. And somehow found myself on the phone with One of my idols..

i told him i worked in a bakery and his exact words were “Fuck that, your destined for greatness”…

Hearing that from someone that I’ve been studying since 2009, bar for bar…. Theres no way to describe that..

Most of the project was done before i came in the picture.. i remember him playing it for me for the first time thinking “Why am I here?” like.. what does he need me for??

The answer is.. Nothing…

I watched this man piece together words in front of me…

I watched him write/ replace bars 2- 3 at a time on 6pm in NY.. I witnessed him light up, go in and freestyle madonna….

I took notes from the best in the game….

I remember him Showing me the thank you notes in NY before the album dropped.. Showing me the QM, telling me they put me on the credits (Ghostwritter???) … He attached my name to something that touched the world..

When nobody would pay attention, drake saw something in me and reached out… Of all people… drizzy..

Two artist in exact opposite spaces in their career.. We came together and made something special..

I am not and never will be a “ghostwriter” for drake.. Im proud to say that we’ve collaborated .. but i could never take credit for anything other than the few songs we worked on together ..