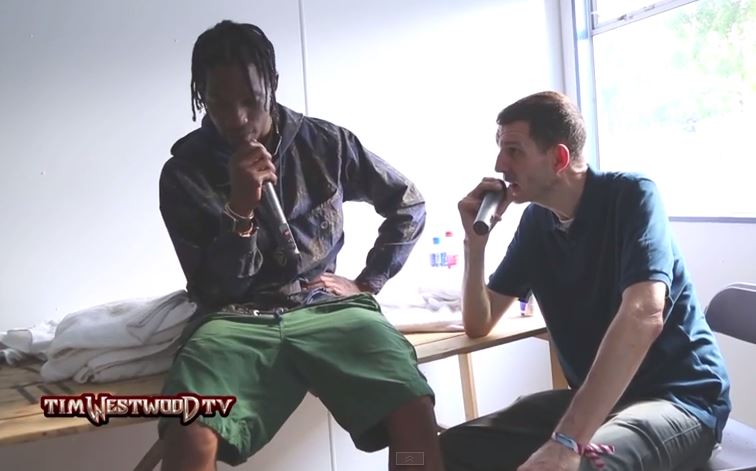 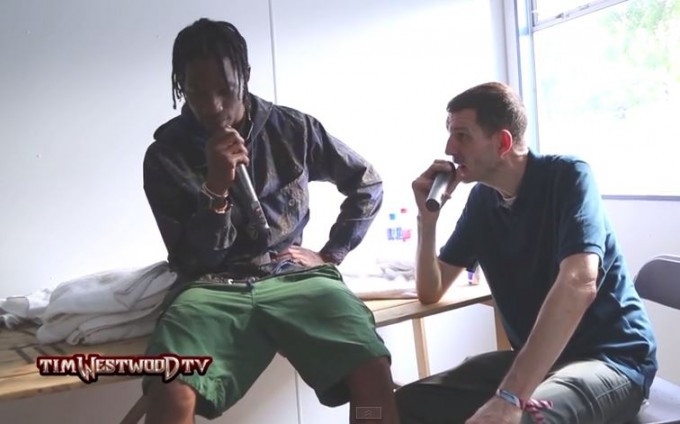 Is Travis Scott about to release his much awaited debut album Rodeo this week?

Travis chatted with trippy Tim Westwood backstage at the Wireless Festival this past weekend where he spoke on his relationship with Kanye and T.I., working on Rihanna’s ‘B*tch Better Have My Money’, and of course his upcoming debut album Rodeo.

At the 4:35 mark, Tim mentions to Travis that the album is “dropping next week” and is a monster and how he feels about it. Travis doesn’t react to Tim’s comment about the release time but doesn’t deny it either so we’d have to wait and watch. Watch the interview below and listen to his first single ‘3500’ featuring Future and 2 Chainz here.