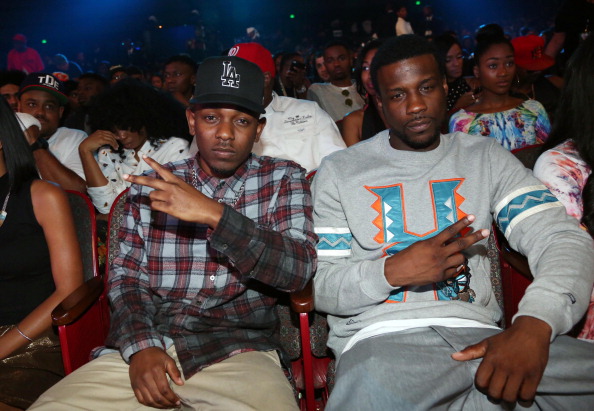 Jay Rock’s new album 90059 is in stores now but not off to a good start on the sales front.

However, he’s trying his best to promote the project and was recently on Power 106 L.A. to chat with The Liftoff show. While taking calls from fans live on radio, Kendrick Lamar pulled a prank by dialing in and acting like she was a female fan. After telling him (s)he likes them tall, dark and handsome, Kendrick finally changed his voice to the real and revealed himself. Listen below.