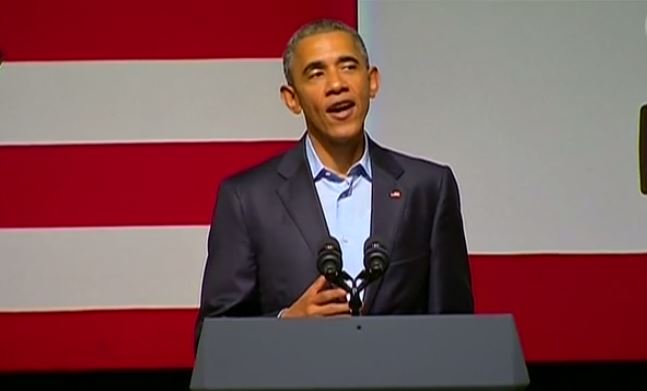 As you may have heard by now, Kanye West is quite serious about running for the U.S. President office in 2020.

Yesterday, the Democratic National Committee event took place at the Warfield in San Francisco where Kanye performed a full concert. But before he came out to hit the stage, Obama delivered a speech where he poked fun at ‘Ye’s big plans.

He offered some quick advice to the rapper while referring to his reality show connections (Kim Kardashian), album title like My Beautiful Dark Twisted Fantasy and being from Chicago. Watch the hilarity as well as Kanye’s full set below.