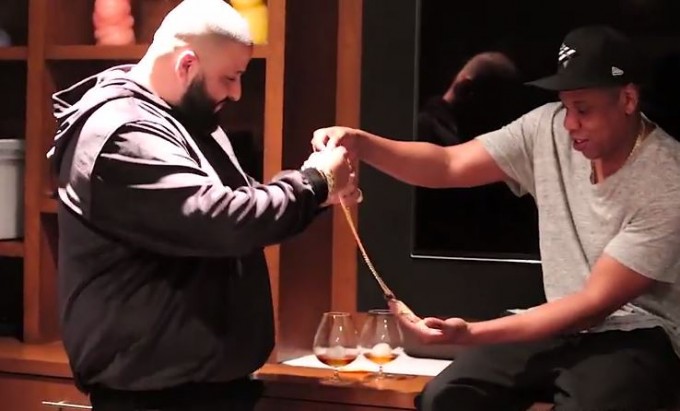 DJ Khaled and Jay Z have taken their relationship to the next level.

In a new video clip, DJ Khaled has announced that Jay Z will be his new manager. In celebration of the same, Hov even passes a Roc chain to him. How about that? In actuality, the situation might be that he’s signed a management deal with jay’z company Roc Nation (since we know Khaled likes to boast) but it’s still a win situation for the We The Best head honcho.