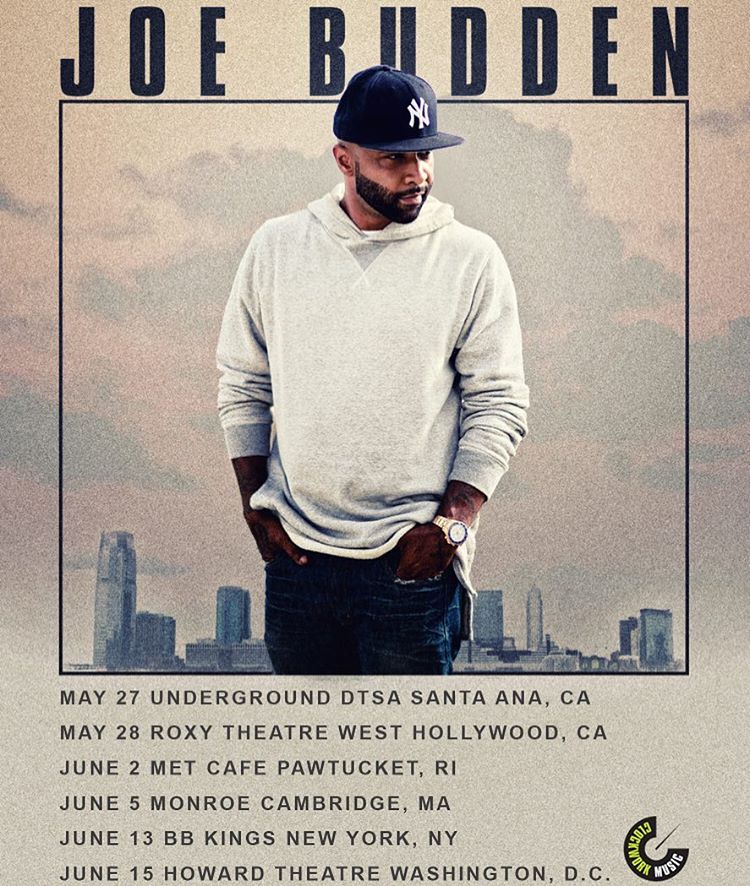 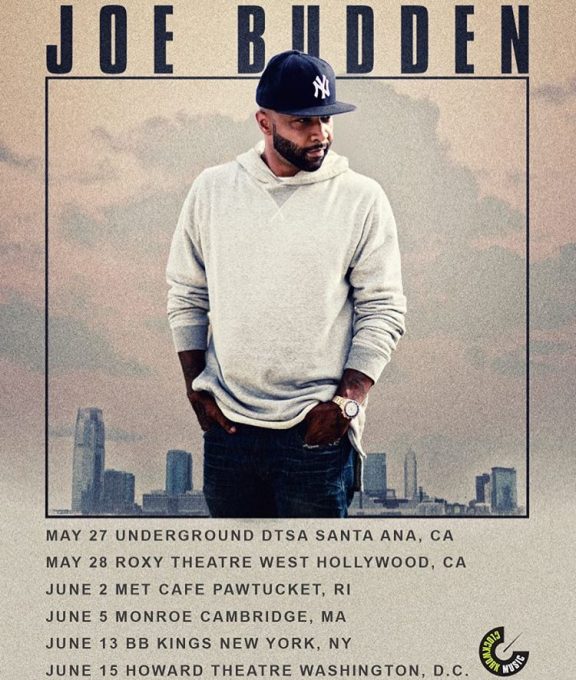 Joe Budden has been heavily involved in the podcast game lately with his own, I’ll Name This Podcast Later doing quite well.

But as he prepares to release a new project with araabMUZIK called Rage Against The Machine as well as the forthcoming Slaughterhouse album, he has announced a bunch of shows around the country. 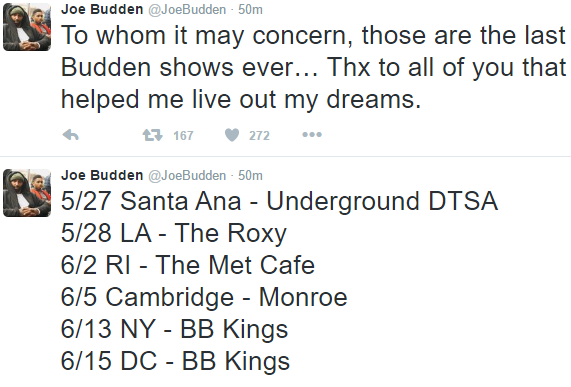 But what came after the dates announcement has taken his fans by surprise. The rapper  announced that “those are the last Budden shows ever” and thanked everybody for supporting him throughout his career, signalling that he won’t be touring in his career after this.

Should we take him serious this time?